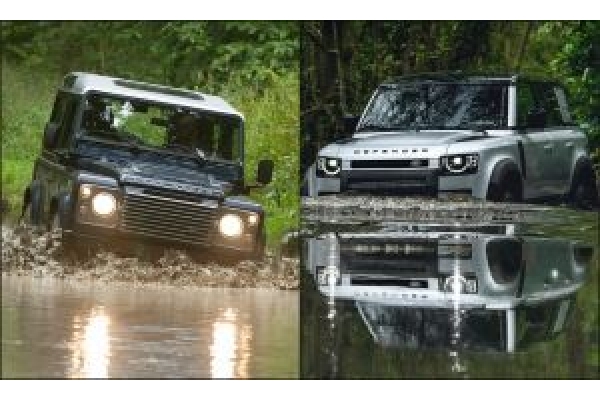 After a preamble that lasted more than a decade, Land Rover finally showed off the long-awaited follow-up act to the original ‘Land Rover’ in 2019, and launched the car in showrooms earlier 2020. Having switched from a ladder frame construction to a monocoque, and for plenty of reasons otherwise, this new Defender is more of a successor than a direct replacement; and some feared that it wouldn’t be capable of quite the same kind of mud-plugging, rock-hopping, water-fording, slope-scaling and axle-twisting as a result.

The new Defender can do all that and more, however. With approach and departure angles of around 40 degrees, and ground clearance of as much as 291mm thanks to its height-adjustable air suspension, this car has all of the right vital statistics; and yet it’s the style in which is tackles offroad driving, and the way it eases the load on the driver to select just the right transmission mode and keep to just the right line through those ruts, that really impresses.